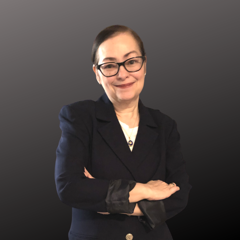 Latina South welcomes the Honorable Deborah Gonzalez recently made history as the first Latina district attorney in the state of Georgia. Her journey to this position did not come without its challenges which included a lawsuit against the Georgia Governor and a unanimous ruling from the state’s Supreme Court in her favor. Let’s listen as Deborah shares with us what it takes to advocate, campaign, and serve the public – which for her means listening with both empathy and transparency.

“Don’t assume people are always against something…but also don’t assume that people are going to be supportive. You have to have logical arguments, you have to do your homework, you have to have the statistics and the research as to why you want to implement a change. I think it’s really important that you are prepared.” – Hon. Deborah Gonzalez, District Attorney of the Western Judicial Circuit in Georgia.

Deborah talks about her Latina identity and how being Boricua shows up in her everyday life. Deborah shares her journey to making history by becoming the first Latina district attorney in Georgia and the first woman district attorney in the Western judicial circuit. Before she was able to run, she took on the governor with a lawsuit that was appealed 5 times and ultimately resulted in a unanimous vote from the state supreme court which allowed an election to take place.

Adela asks, “Deborah, what kept you going?” She kept going because she felt that she was right. She thinks about this message often from her father – if there is something that needs to be done and you are the only one that could do it, it is your duty to do that thing.

Deborah has a message to the voters who did not vote for her: give her a chance. Her word for 2021 is to ‘listen’ which for her means having an open-door policy and inviting everyone to conversation. Her approach also includes frequent communication and keeping people informed so they know more about what happens in the district attorney’s office.

She shares some lessons learned from her time serving in the Georgia General Assembly. Being prepared is very important for her and is what the people who elected her deserve in order to effect change.

Deborah opens up about the demands of public service and shares strategies that help mitigate the impact on her time and energy. It is important to have a support system and for each person to define parameters that work for them and their situation. For her, support comes from her husband and taking the time for self-care in order to keep from burning the candle at both ends. Watching Netflix with a glass of wine and her kitten on her lap provides her with needed respite.

She talks more about her family, her grown children, and grandchildren. Her grandsons provide Deborah with inspiration to approach the important work of criminal justice with humanity. While living in the South presented some challenges for her at first, now she feels confident in calling Georgia home. Her choice to live in Georgia inspires her to work harder to make her home a better place for all people.

Deborah shares some words of wisdom – you have what you need inside of you. What you have to offer the world is what the community needs. You have a role to play and people need you to fulfill that role.

Deborah invites us to learn more about criminal justice reform, a bipartisan issue. To support criminal justice work, consider Justice is On the Agenda Fund designed to bridge the gap between resources needed for reform and available dollars. Donations are used for training and community outreach and other activities the District Attorney’s office could not fund on its own. Other organizations include The Georgia Justice Reform Partnership and the Georgia Justice Project. You can also contact Deborah directly at deborah@deborahgonzalez.com and follow her on Facebook @DG4DA.

Thank you for listening to the Latina South podcast!

If you like our show please leave us a review on Apple Podcasts!

Listen to the latest episode